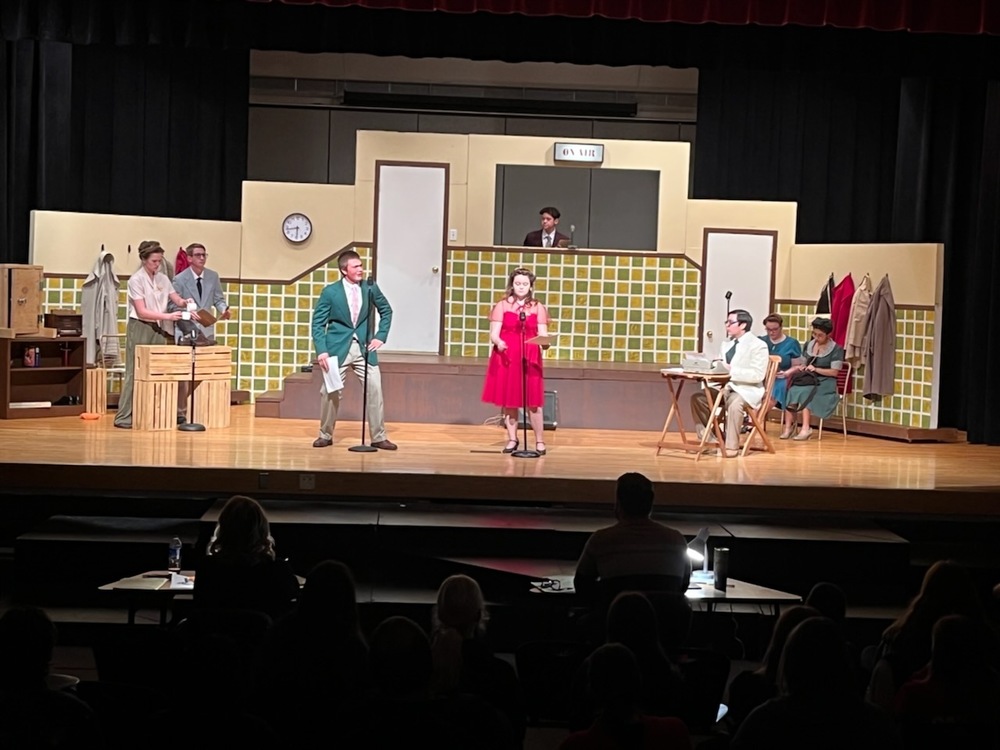 One Act Season has Begun

One Act Season has officially begun. The Cast & Crew of this year's production, "Unsound Effects", took to the road on Saturday (November 5th) for their first competition of the season. Despite having a very young cast and crew, only 5 of our 30 students are upperclassmen (juniors or seniors), the season is looking particularly positive.

Students placed 4th out of 8 teams competing at the Loup City Parade of Plays on Saturday, but only a 3-point gap separated 2nd and 4th places. Judges were particularly impressed with the performance level of our team despite being so early in the season. Judges were also impressed with the technical elements- the set and costumes, as well as the acting. The following nine students individually received acting awards: Brooklyn Slone, Nolan Miller, Rebecca Osborne, Kolby Heikkinen, Nathan Stoetzel, Hernan Vargas, Katherine Vasquez, and Rueben Reyes. Students have already begun to take the judges feedback and improve the show.

Don't miss your chance to see this production at home! Our home performance is scheduled for Thursday, November 10th at 7:00 p.m. A matinee for the student body is also in the works, but a time has not been set.

For more information about this year's production, or to stay up-to-date, visit our activity homepage at https://www.gibbonpublic.org/p...