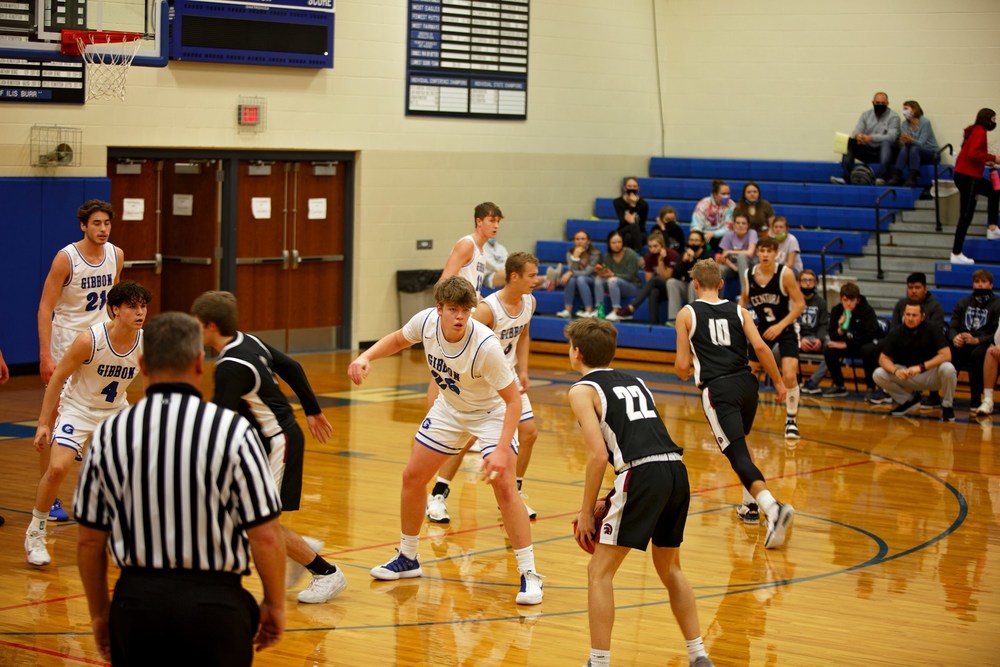 On Friday night the boys basketball team defeated Fillmore Central 68-38.  The team was led by Matthew Weismann who finished with 24 points, 3 rebounds, 7 assists and 4 steals.  Konner Hyde added 14 points and 8 rebounds while Kadin Hines had his best night as a Buffalo scoring 13 points and grabbing 4 rebounds.  Coach Benge commented after the game, "Tonight was a complete team victory.  I thought we defended extremely well as a squad and seemed to be in sync from the get go, which is nice to see from our guys. The coaches are feeling extremely encouraged by the progress the team is showing across the board.  Hopefully we can make some noise in the conference tournament!"

Last night ( the Gibbon boys hosted Arcadia-Loup City in the 2nd round of the Lou-Platte Conference tournament.  The game was highly competitive and back and forth from the start.  In the end, the Gibbon boys found a way to get the victory at 47-42.  The Buffs were led by a strong outing from their post players.  Konner Hyde finished with a double-double scoring 16 points and grabbing 12 rebounds.  Mitchell Sell also had 15 points and 7 rebounds.  "We knew it was going to be a highly competitive game.  Arcadia-Loup City is a very scrappy team and we are happy to see our guys give it their all for 32 minutes and find a way to win.  We are excited to be in the conference semi-finals and it will be amazing to see our boys compete under the bright lights on Thursday night.  They have all worked extremely hard to get to this point and the coaches couldn't be more proud of them.  We will be prepared and ready to go.  You can expect our guys to leave it on the floor and give it their all on Thursday night!"